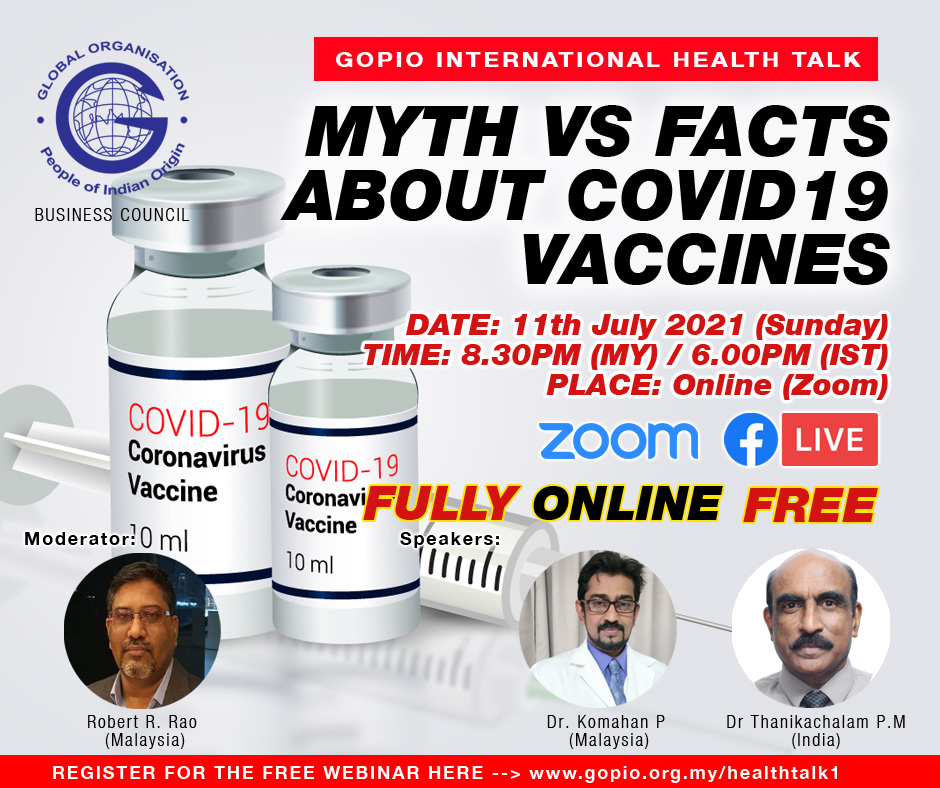 MYTH VS FACTS ABOUT COVID 19 VACCINES
What you need to know about COVID-19 vaccines and the common myths and misconceptions about COVID-19 vaccination. .
OVERVIEW
Since late 2019, Covid 19 pandemic has been continuously creating havoc in the form of health hazard and economic threats. The latest statistic from WHO indicates close to 4 million people died because of Covid 19. Few pharmaceutical companies manage to secure approval from WHO and many countries worldwide have approved the use of these vaccines. Nevertheless, there are many myths and conflicting statements issued by various fraction of society. This creates confusion among publics and create fears. One party shared that Vaccine(s) will speedup the herd immunity; whereas the opposing party raising their concern about the side effects. We have invited two medical doctors to share their views on Covid 19 vaccines and differentiate the myths and the reality about the vaccines. We hope this health talk will help the target audience to have better understanding on the various concerns and myths about the vaccines. It is hoped the information share will help target to audience to have better understanding of the advantages of receiving vaccine as well as the risk of not getting the vaccine.
REGISTER FOR THIS FREE EXCLUSIVE ONLINE WEBINAR
Fill Up the Form Below to Register
WHY SHOULD YOU ATTEND?
In this webinar you’ll learn more about
Clarification on the myths and conflicting statements.
Understand the risk of not getting the vaccine.
Understanding of the advantages of receiving vaccine.
Differentiate the myths and the reality about the vaccines.
REGISTER HERE
THE SPEAKERS
The distinguished and expert panel of speakers are: 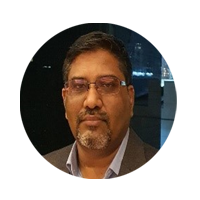 He has 23 years of experience in the field of Environmental, Health & Safety and Human Resources, particularly in labor and ethics as regulated by ILO and UNGP standards. Through capacity building, Robert has more than 200 companies in developing and implementing CSR, Environmental, Health & Safety Management Systems and has conducted numerous training on EHS Management and Social Audit Compliance on various industrial code of conducts (e.g. RBA, BRC, SMETA - Sedex, ETI, BSCI & FLA).

He can be connected through his profile on Linkedin.com/in/robertrrao 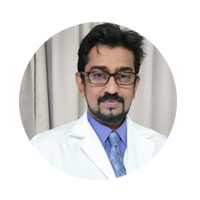 Dr Komahan Puniarangan is originally from Kuala Lumpur. He went to pursue his medical studies in Jawarhalal Nehru Medical College (JNMC) in Karnataka, India where he obtained his MBBS degree in 1997.

He completed his Internship in Melaka General Hospital and was posted to East Malaysia, Sarawak, as a Medical Officer. Here he trained in several surgical disciplines and had primarily trained in Otorhinolaryngology.

During his tenure in East Malaysia, he was the acting hospital Director in a district hospital named Sri Aman Hospital for more than a year and it was at this time, he was involved in handling and creating policies during the outbreak of several epidemics like HFMD (Hand Foot and Mouth Disease), Malaria and the devastating Viral flu at that time namely Bird-Flu virus.

In addition, he also organised several Medical Camps with Specialists in various fields and specialist equipment to indigenous villages that is situated deep in the forest, only accessible by boat.

He now works as a General Practitioner in Poliklinik Cahaya in Brickfields, Kuala Lumpur.

He was Medical Director and Consultant Pathologist in Gribbles from July 2009 to July 2013.He was HOD and Assoc. Prof of pathology in IMU( International Medical University, Malaysia ) from January 2003 to June 2009.He was Consultant Pathologist and In charge of Pathology services in Republic of Seychelles from 1992 to 2002.He hails from Hyderabad India, and has many scientific publications and presentations at International Conferences to his credit. He has served in innumerable Committees, Including Seychelles Medical and Dental council. A keen Debater and more than 100 prizes to his credit.