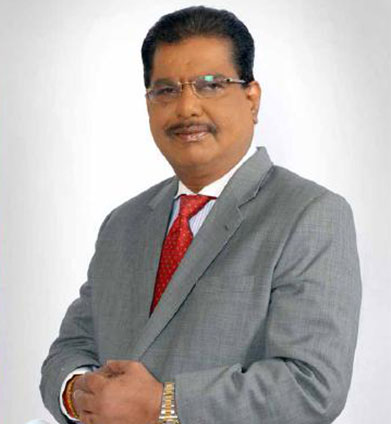 Dato’ Dr V.T Thiayagarajan is recognised as Strategic Business Leader for sweeping improvement to efficiency, product development and marketing. A well-known person in Singapore, Dato’ is a highly qualified businessman who first obtained his B.E from City and Guild of London in 1974. In 2005, he obtained his MBA Warnborough University, Camterbury, UK. Later in 2008, he graduated with a PhD from the same University. Over the years, Dato’ has received several awards, including an Honorary Doctorate from University of Diandra, USA, (2000), recognition from World Peace Centre (1999), Outstanding People of 21st Century , Cambridge, UK(2002), Deputy Director General for Biographical Centre (2002). In 2007, he was honoured by ABI-USA with a Gold Medal for Singapore.

As a person who strongly believes in quality, Dato’ Dr Thiayagarajan always emphasize on maintaining quality in his products and service. He is very much Respected Business Industry Official skilled in product development, distribution, stabilizing operations and top products offering to achieve optimal return of investment.

Dato’ Thiayagajan has an open style that creates productivity with strict accountability at every level. He faces situations, no matter how difficult the situation is with openness, honesty and integrity. He has the ability to lead by example and with passion. He is an individual of great integrity and commitment to his community and his customers.

As the CEO of Jothi Impex of Malaysia and Singapore, his bench mark performances include import and distribution of FMCG products from leading MNCs for more than three decades. He closely manages and monitors a well knitted distribution network both in Malaysia and Singapore. He has established a very good base of customers across the globe. His ability to maintain increased sales and profit under economic pressure and decline rates reflects his capability and business acumen.

On the social aspects, he is man of great heart and engages the community through charitable activities and maintains an enhanced charitable organizations and community.