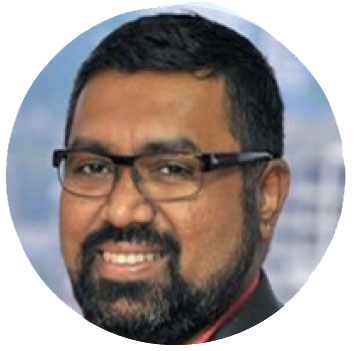 Dato’ Vicks has had a varied career in the fields of Telecommunications and Human Resources. In June 2010, he was appointed as the General Manager of the Training Grant Division and later became its Deputy Chief Executive (Operations) in April 2012 prior to assuming his position as HRDF’s Chief Executive Officer. He also sat on the Boards of HRDF and the Penang Skills Development Center (PSDC) and the Malaysian Conference and Exhibition Board In April 2017,

Dato’ Vicks was also made the President Elect for the International Federation of Training and Development Organisations (IFTDO). Post HRDF, Dato’ Vicks has been dedicated to building human resource capabilities among the leaders of business organisations and entrepreneurs. In his spare time he has immersed himself in helping to raise the awareness of science and technology among school children under the umbrella of Association of Science Technology and Innovation (ASTI).

The only thing that is constant is change. Organisations who wish to navigate in this rough sea of change have to depend on many factors. A good crew, a vessel in great condition, a captain who is far sighted and has an ability to make necessary changes without sacrificing the stakeholder’s aspirations. The introduction of Industry revolution 4.0 is akin to a storm in deep seas. Blindly navigating without the right tools can turn the profiteering adventure into an epic disaster. Strategic change management plans are saving grace for the industry leaders if planned and implemented effectively.